Today was a good day. We met early at Nijmegen CS to begin our journey to Toronto. Beforehand the committee did a bet on how many participants we had to yell at for forgetting their passport. Anna won, it was only 2 (proud).

At Schiphol we did a massive flashmob because we ran into study association Marie Curie (fyi: we found out that Marie would’ve also gone to Toronto at the same date we would have). Turned out they travelled to Schiphol in separate private-limousines with free Champagne and forgot to invite us. Didn’t matter, we couldn’t have afforded it anyway. (We also found out that there was a smaaalll difference between our budget and the one of Marie. But a big difference between our coolness level in our favour.)

After a long flight where some participants may or may not have gotten drunk on vodka in our pasta (the menu of the flight company that was found on the website included a delicious pasta with vodka-sauce), we arrived at Toronto Pearson airport. Our last participant was waiting for us, he already decided before the trip that he didn’t like us enough, and took a different flight.

On this day, we took our time to see the beautiful city. We ran into Shawn Mendes at the Tim Horton’s. While talking to him, one of our participants couldn’t resist it and started flirting waaaay too obvious. Fortunately, Shawn didn’t mind and he serenaded us. What a guy, I think we’re all crushing on him now. Rumour has it that some phones may have his number stored.

On Saturday evening, we were planning on doing a pub crawl. However, as we all know, not everything always goes as planned. At the first bar, we already ran into Drake and had to cancel the rest of the pub crawl. He invited us to his rooftop and showed us his liquor collection. We got a bit drunk & made some memories that have already been forgotten. I think we had fun, not sure. What happens on Drake's rooftop stays on Drake's rooftop. Show a picture or it didn't happen, right? Well, apparently it did: 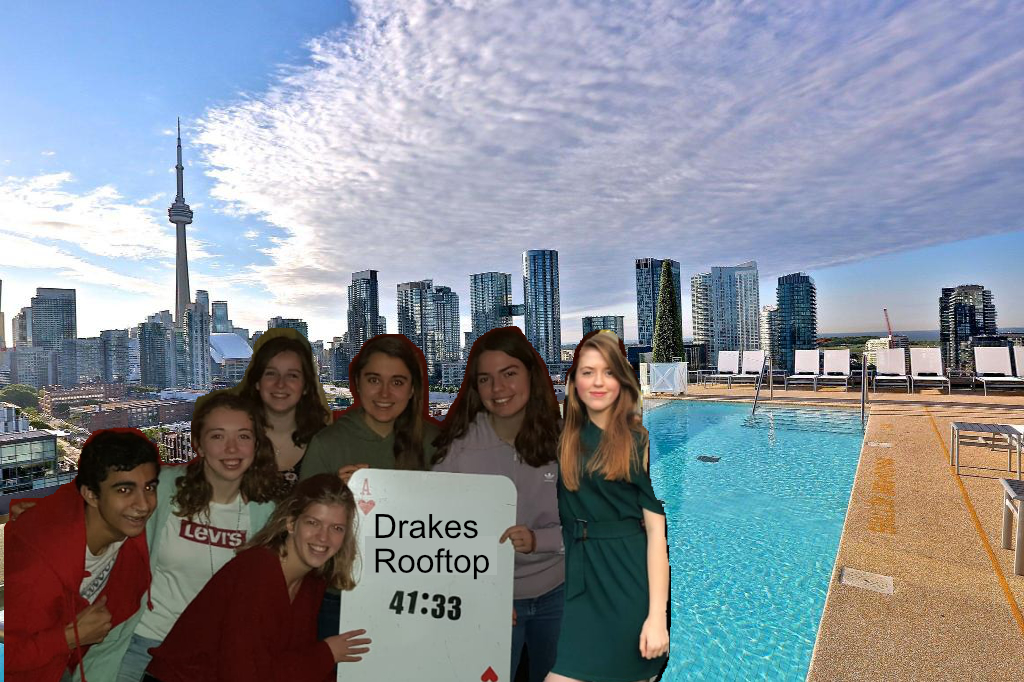 Waking up with a hangover, we found out that some of the participants did not find their way back to the hostel. That is fine, we only bought 35 seats for the flight back home anyways (instead of 36).

Towards the evening people started to recover from the hangover, just in time for our Maple-Sirup spa appointments. Yes. Maple-Sirup. A whole bath tube for everyone. It’s supposed to be good for your skin and it can help fight wrinkles and dryness. Could we get any more luck?!

Dutch King’s Day. The day we all wore orange and ran through the city as a bunch of fools, sorry, heroes! I’m not sure what Canadians think of Dutchies, but our reputation probably didn’t get any better after today.

However, when we started with the Hackathon case of a company, we nailed it. I am so proud of us. 35 minds (we still didn’t find the 36th person) combined, 35 IQs working on one case. We were one big team and so damn smart. We solved the case in a remarkable time and in a incredible efficient way. We were so efficient, that the Nobel Committee forgot about the whole selection process and came to Toronto immediately to give us our well-deserved Nobel Prize. We put it in the board room for now, so that we can admire it. Don’t forget to look at it when walking past the bk, because we have to give the trophy back before September :(. Something with sustainability and next Nobel Prize winners, although we don’t really see how anyone can top us.

We went to the Niagara Falls as promised. Somehow someone decided that he wasn't cold enough and started swimming, or well, drowning. Luckily we brought a very strong and handsome lifeguard with us on the trip who actually knew how to swim and rescued him out of the water. We were all really glad because otherwise, we would have paid for one seat too much on the flight, which would have been a shame. We all know this trip costs us a fortune already, let alone pay for things we don’t use.

This trip wouldn’t be called a study trip (and wouldn’t be funded by university) if we didn’t also visit companies and universities. At one university we happened to run into the prime minister of Canada, as you do. We wanted to impress him and started telling him a lot of random facts and showed him how we handle discussions in the Netherlands. At top of this, we tried to mention the fact that we just won the Nobel Prize very subtle. We don’t like bragging, so we only mentioned it like a 100 times. Pretty okay, I must say, and effective! Justin Trudeau thought we were so smart, he even named us the new prime ministers of Canada.

Our first day as prime ministers was a success. We don’t know what prime ministers do, but I am sure it was fun. At least we didn’t suggest to inject our citizens with disinfectant as a vaccine against a virus...

Unfortunately, all good things come to an end. Luckily our stay in Canada was a nightmare, see below. Hence, it never actually came to an end or is that because we didn’t get there in the first place? 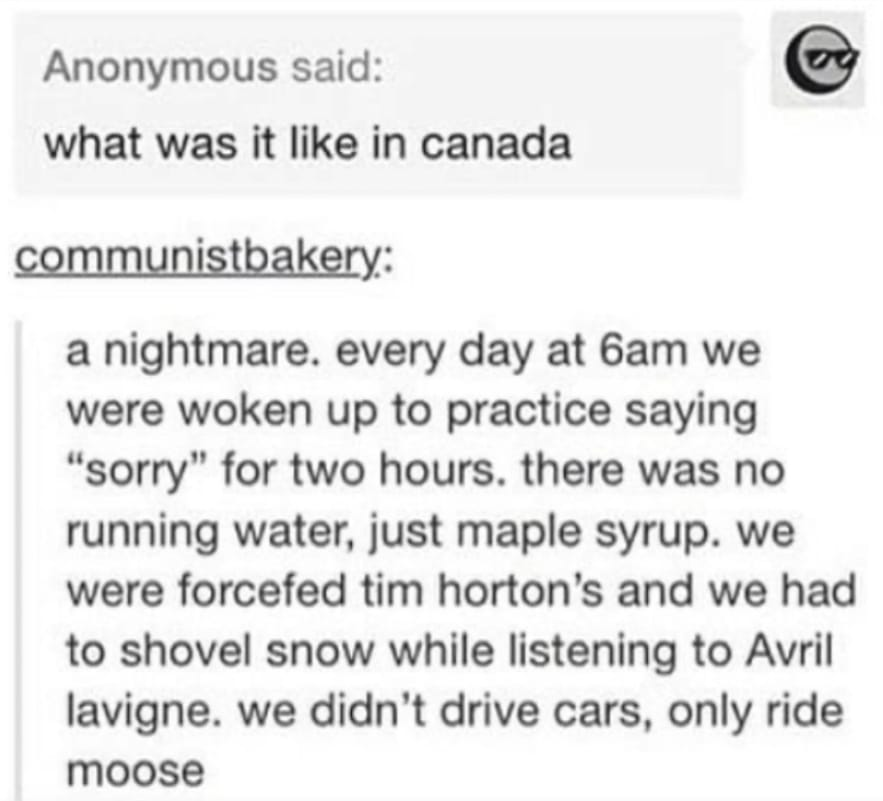 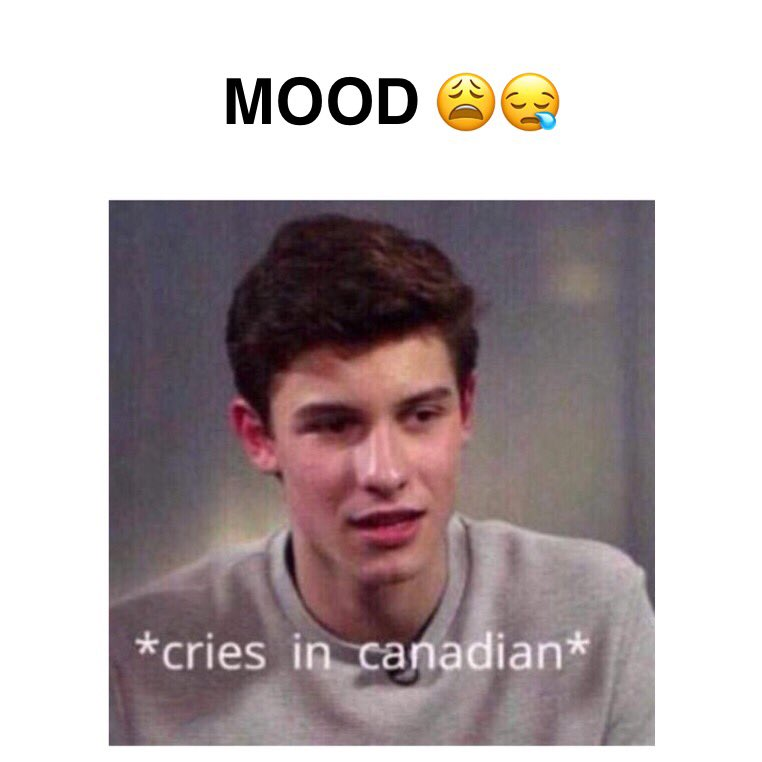